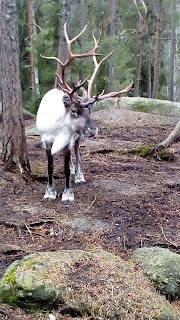 It's been pretty quiet here for a while. And I've been struggling with the update. Not that nothing happened, I just didn't feel there was anything to share. This blog hasn't become either a personal blog, or a totally crocheting blog, so, most of the time I just don't know if something is worth being published here. Except for the patterns. I discovered Instagram in 2017 and it turned out to be a more convenient means of showing crafts or sharing pictures, especially when I didn't have much to say.

I tried to make 2017 a year of destash and it started working this way in the context of crochet: my blankets have been growing and my yarn stash has been decreasing so far. I managed to travel and, on the one hand, satisfy my wanderlust, but, on the other hand, the hunger for travelling has been growing since the first trip. I finally visited Finland (which technically happened at the end of 2016). While studying at university I got a Finnish penpal who invited me to this country and who at that moment was picturing the job opportunities for a person speaking English and Russian. I screwed all the opportunities up then, but rehabilitated partially later. So, there were Espoo and Helsinki last winter and summer and Chicago a month ago. And there's Tampere planned for this summer and Springfield for this autumn. 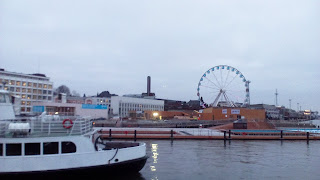 Chicago didn't fascinate me as much as the Finnish cities, but the company improved the stay greatly. So, nowadays, if you ask me, I will recommend you to experience Finland: in summer, because there are more museums open then, and in winter, because the snow is white and fluffy, the frost bites your cheeks and the deer look really sweet. You are close to the nature everywhere, even in the middle of the first and second largest cities in the country: granite rocks, forests, seagulls and squirrels. The Baltic Sea or the lakes. Korvapuusti and coffee. Man... 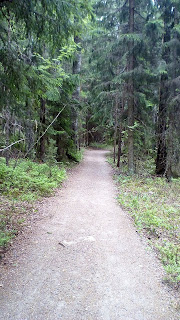 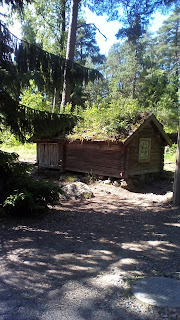 The Windy City was frozen. And huge. Huge museums (the Field Museum almost killed me - 5 hours!!! and only half seen), huge skyscrapers, huge distances. And I felt like an ant out there (and I don't like feeling like an ant). Thus, I realised I'm not a large city person. Again. So, no more large cities. Only in case of necessity. 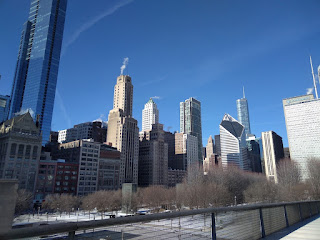 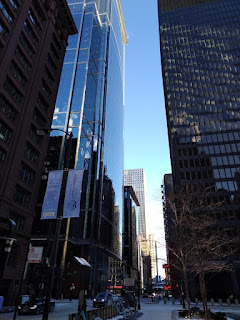 Crochet-wise, the year was not too filled with new ideas. I made amigurumis for the World Amigurumi Exhibition vol. 4. Most of them were based on my previous designs, several ones were new, but the patterns are in the form of scribbles. I realised I had been hoarding other designers' patterns, so, the aim is to make at least one item from each of them. Plus, there will probably be more accessories and garments, since they seem to be calling me. But, strictly from the yarn I already own (especially the large box of colourful cotton) or, occasionally, strictly for the project. 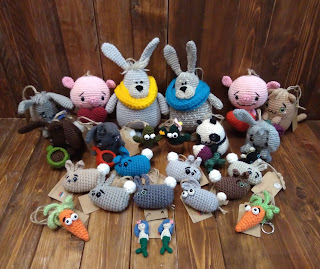 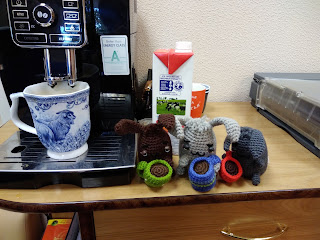 I plan to finish the pattern for several brooch sets. The bunnies had a separate debut at the exhibition, their pals will be available only as sets. 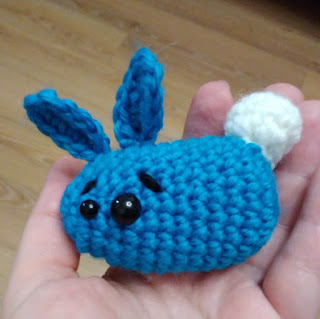 Guess, it's all for today. I don't know if there should be more detailed travelling posts with my personal tips and recommendations. If you are interested, just let me know ;)
Автор: Unknown на 16:59:00