There's a proverb in Russia about a shoemaker without shoes, and it's me. Although having crocheted for 20 something years, I have only made 2 more or less big clothing pieces for myself: a mesh summer top at highschool and a pullover at university. There are, of course, several hats, cowls and plans for a wedding dress, but nothing ambitious to date. One day I bought a bunch of yarn (5 100 g skeins for a beret - don't ask me why, I was hypnotized or somewhat), and after finishing the beret still got 4,5 skeins left. I looked through my favourite Vogue Crochet 2012 (I made so many Bobble Hats for myself and my friends and still in love with them!) 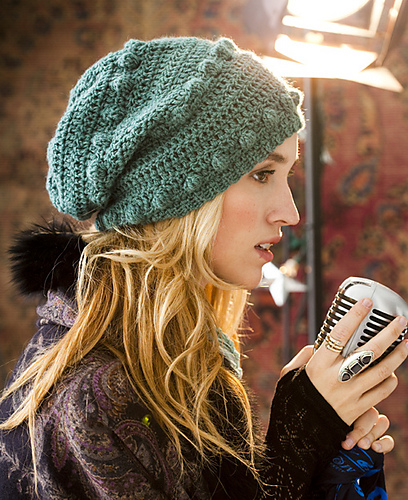 and stumbled upon the amazing Lace Pullover by Dora Ohrenstein (how could I miss it?!) 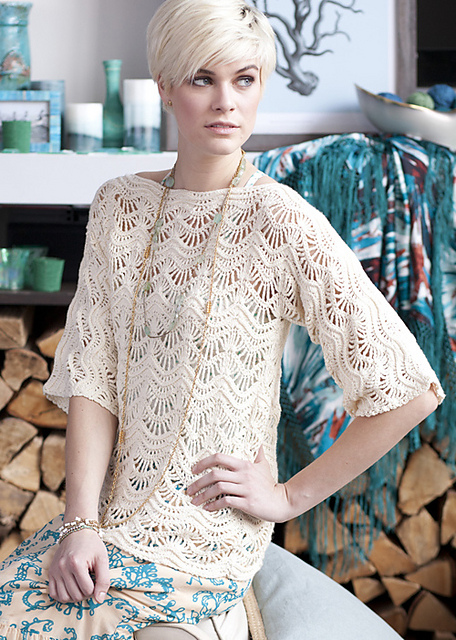 I made several alterations to match my yarn and size, and the lacy-ness. So, it's about 1/3 complete and I hope to finish it by spring..
And the second project is the awesome Batman designed by Serah Basnet from Tales of Twisted Fibers.
I'd been walking around this pattern for months and then just sat down, and 2 episodes of Mentalist, 2 of Supernatural and the last half of the 4th season of the Big Bang Theory later he's ready. Besides, he perfectly matches my sweatshirt from LookHuman because I definitely like my men tall, dark and Batman. And I'm thinking about making a superhero cape for him... 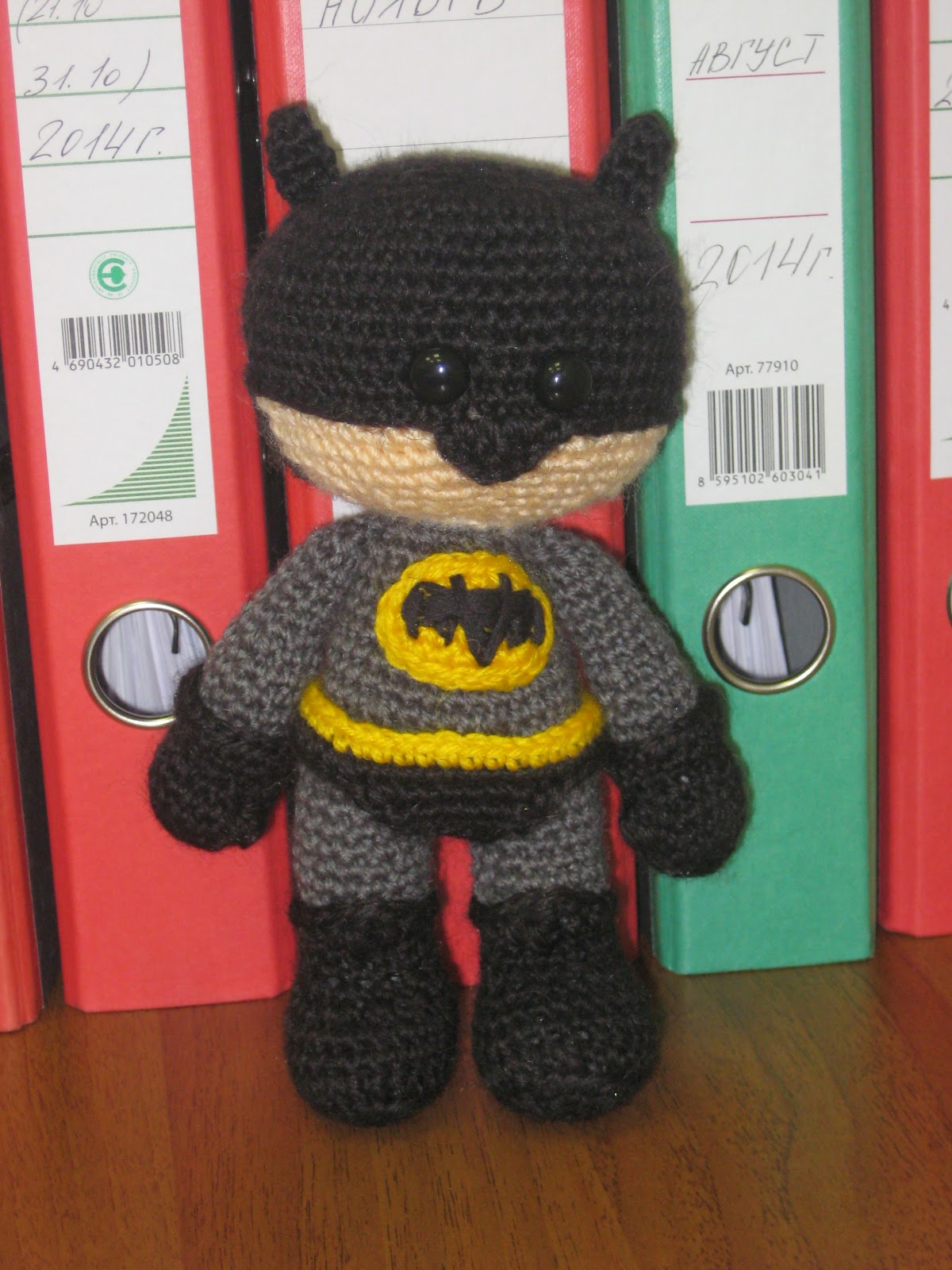 He's protecting my working space from co-workers, stealing my nuts and apples...

P.S.: There's only one sweet lady willing to test my pattern so far. No more volunteers?

UPD: Made Batman a little superhero cape.. But he strongly reminds me of Dracula.. 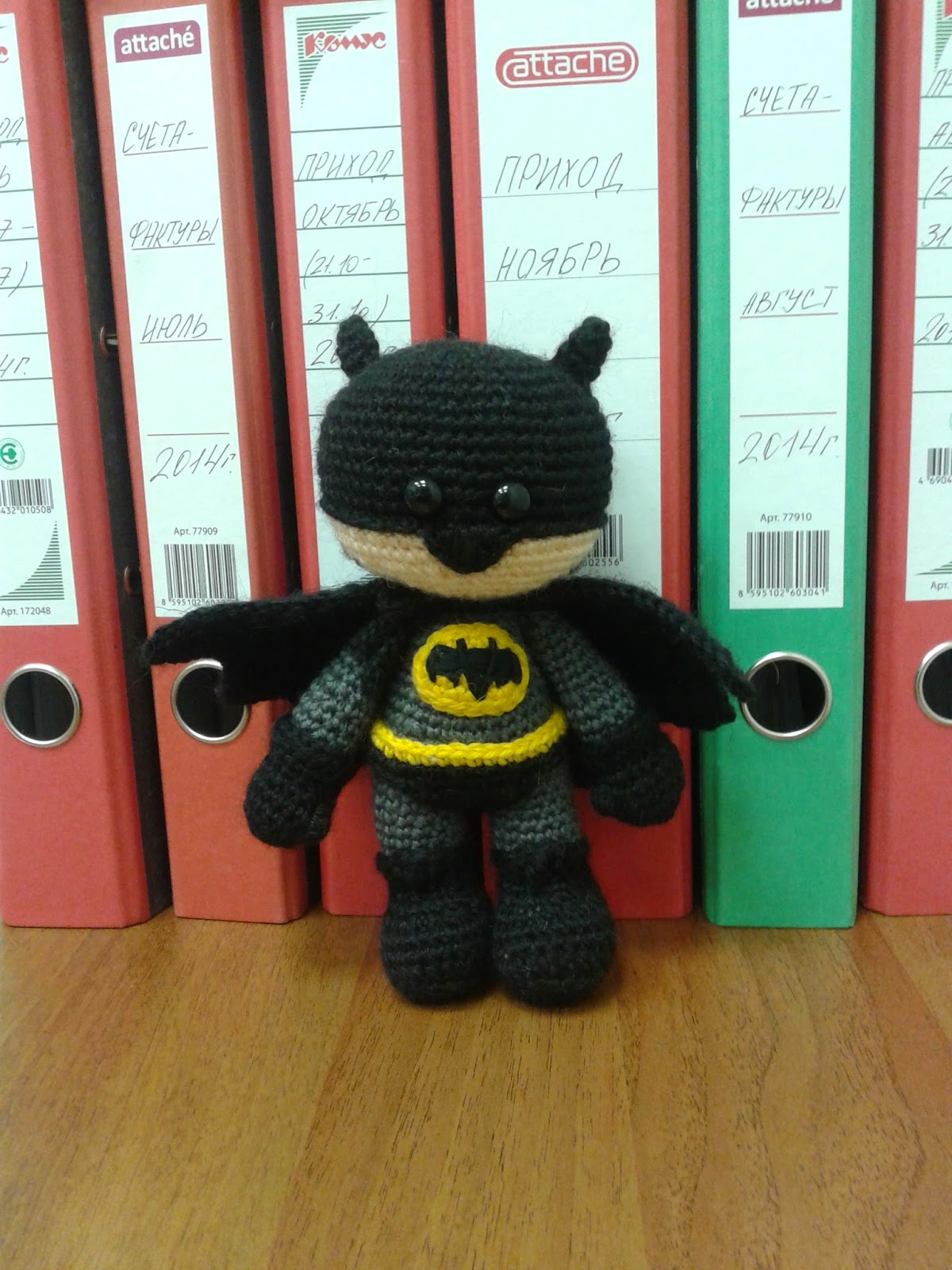